The Awa O’dori “Dance” Festival is held annually August 12-15 as part of the O’bon festival in Tokushima Prefecture on the island of Shikoku, Japan – a place where I have called home for over 10-years.  Awa O’dori is the largest dance festival in Japan, attracting over 1.3 million tourists every year.  Groups of choreographed dancers and musicians known as rens dance through the streets, typically accompanied by the shamisen lute, taiko drums, shinobue flute and the kane bell.  Performers wear traditional o’bon dance costumes, and chant and sing as they parade through the streets.  Awa is the old feudal administration name for Tokushima prefecture, and o’dori means dance.  Check out two of the groups I dance with annually!  For more information check out Awa Dance Festival at Wikipedia. 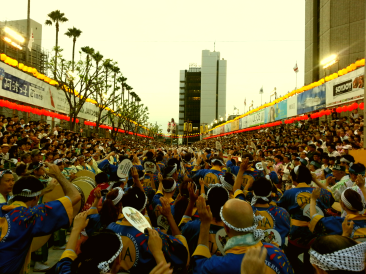 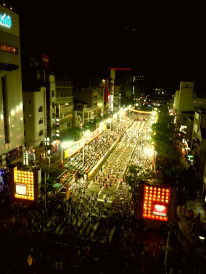 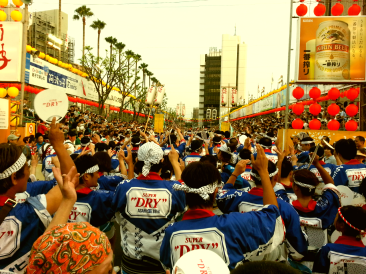